Three people have been confirmed dead after a private jet crashed and burst into a violent fireball in the Lake Tahoe area.

The Bombardier CL 600 was turning on Monday to land at the Truckee Tahoe Airport in Northern California at around 1.20pm when officials said it went down in a wooded area adjacent to the airport near the Ponderosa Golf Course.

The crash also sparked a small forest fire, which authorities were able to put out. 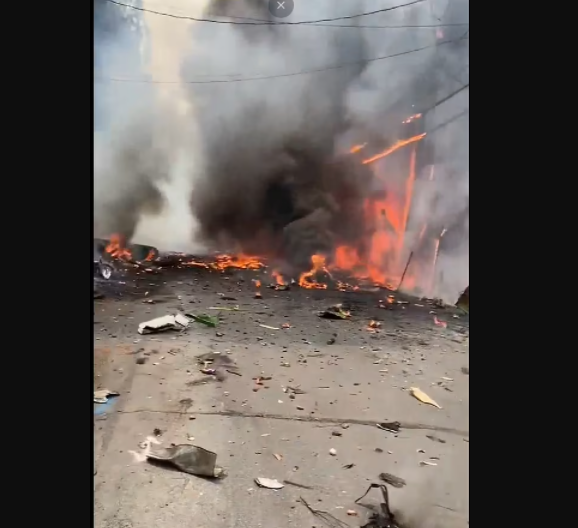 The names of those onboard have not been released as of Tuesday morning, a Nevada County, California, Sheriff’s Department spokeswoman told DailyMail.com. No one on the ground was injured.

It was very fortunate where the crash site is that it didn’t hit any residential structures,’ Nevada County Coroner Shannon Moon said at a news conference Monday evening. ‘Everyone at the scene can appreciate that.’

She said investigators with the National Transportation Safety Board would be on-site Tuesday morning to begin work to identify the people on board.

‘We haven’t positively identified anyone on that aircraft,’ Moon said. ‘We’re not releasing any of the potential names or any things that … we’ve been hearing some surmising on some questions as to who was on that aircraft. 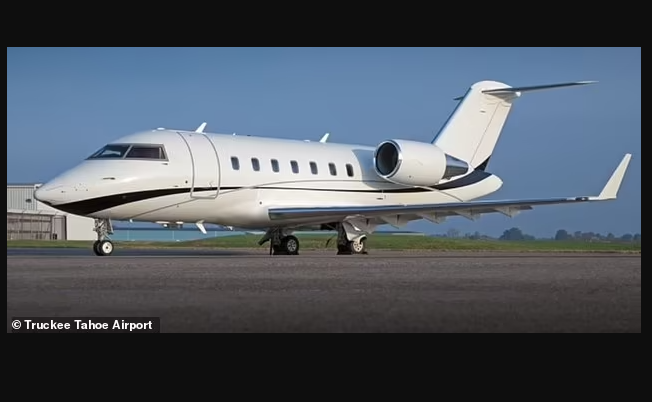 ‘At this time, we haven’t confirmed any positive identifications so we’re not releasing any information and that is also to make sure that we absolutely care for the victims families who we have not notified because the victims haven’t been notified.’

She added: ‘There’s not much intact at the crash scene.’

The plane took off at Coeur d’Alene, Idaho at 11.45am on Monday, according to flight records, and is registered to Florida-based Tarco Aircraft Funding.

The tail number of the craft was N605TR, the San Francisco Chronicle reported.

That model of aircraft can seat up to 14 passengers and two crew members, the Chronicle reported. Three people were on board, who all died, authorities said. The full itinerary of the plane wasn’t released.

The jet hit the ground between two nearby houses, witnesses told the outlet, and sparked a fire that was quickly extinguished.

‘We’re very fortunate that it landed where it did and that no structures or people on the ground were harmed,’ Truckee Police Department spokesman Deverie Acuff said at Monday’s news conference.