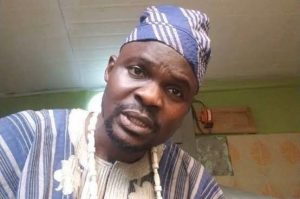 The Nollywood actor, Olanrewaju Omiyinka, popularly called Baba Ijesha, has been granted N2 million bail by the Special Offense and Domestic violence court sitting in Ikeja, Lagos State, after over two months in detention over alleged defilement of a 14-year-old child.

According to the court, the actor, aside N2 million bail bond, must provide two sureties and that they must include a legal practitioner while the other must be living in Lagos State.

It would be recalled that the actor was arrested and detained by the Nigerian Police, Lagos Command for allegedly defiling the 14-year-old foster child of popular Comedienne, Adekola Adesanya, also known as Princess in the state.