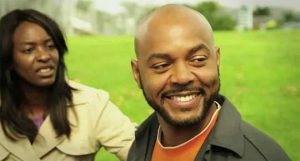 With vast experience with guys – One beautiful girl, Anikeade coined out an amazing list about guys you might possibly meet while you’re single.

Sit back and enjoy this listicle…

Coughs, I know you’re desperate for marriage Sis. (It wasn’t me that said it, it was these guys) they can see the desperation in you. So, they use this pick-up line.

In your beautiful mind, you think you’ve found the one too. Do I blame you? No! I don’t. I blame these guys for they know the right things to say to you at the right time.

So, you in turn begin to perform the wife duties. You go to his house to do dishes. You allow him to hang your legs from Mile 2 to Orile, all in the name of sex. Because In the end, “he’s taking you home to mama”

Dear sis, in whatever you do, don’t fall for this set of guys. He’s just saying this to straff you. I’m not saying you shouldn’t straff him o.

Straff him because you want to (yes you’re a queen, a queen can make choices too) but not because you have it in your head that he’s taking you home to mama.

Lol, he’s saying it to other girls too. The main chick is somewhere chilling. The next you see, he’s getting married.

Honestly, this set of Guys annoy me. One minute they’re giving you all the green light. The next minute, the red light is shining in your face.  At this point, you’re already questioning your sanity because you’re already falling for him too.

Today, he calls you and calls you all the pet names in the world. He says all the sweetest things to you. You feel like you’re bonding well. The next minute, he has gone Mia. And he’s suddenly giving you attitude.

Bros, what’s the colour of your problem? Do you want the coochie and Sis isn’t taking the hint? Why not speak in clear language and stop confusing the people in love land.

Kanle, wa sere (in Terry g’s voice). Sis, when you hear; run for your dear life, these are the set of guys they’re talking about. They talk to you all the time, give you all the attention you want, the “D” is good and all.

In my opinion, guys like this need deliverance. I mean, if you don’t want the cake, why taste the icing?

Sometimes they can come off as manipulative too, so be careful.

Eh! These ones ehn, only God can save them. Don’t even talk about your issues with them because all you’ll hear is; “Eyah, what are you going to do now?”

I call these ones blessed because they’re good guys to the core. They’re always there to help you whenever you need them.

They listen to you and they prove that they love you. But you get coconut head. For some reasons, we don’t always like them back. We always have something to say about their features.

This set of guys are too good to be true. They mostly take you out on dates, they go as far as picking your date outfits and all that.

But our village people still find fault in them and make us say things like; “I like Tade, he’s a good guy but he’s not just my type”

Sis, I’ll be here praying for you, better hold Tade tight and ignore Ola who’s out to break your heart.

These ones always get married by mistake. They’re always saying bad things about their wives because they want to get in between the river.

Eh! God, May our future husbands not embarrass us like these men.

Sis, I know you know this guy isn’t good for you. It’s obvious he’s going to hurt you. But no! You prefer him.

You definitely love him. Oh! I forgot to add, he’s a ladies man. You know Sis, you know. But you just think he’ll choose you over others.

I’ll be praying for you. You know you have someone who loves you already but no! It’s this Ola or Ayo the bad guy that you want. Issokay.

These ones have the potential of being good but no. They’re still holding on to the pain their ex caused them.

They’ll frustrate you to the extent that you begin to doubt yourself. Any small thing, they’re judging you based on their past. Please, heal first before moving into a relationship.

This set of guys can be a handful and they sometimes make love difficult.

Anyway, we’ve come to the end of this. Ladies, I hope I poured your mind without leaving a thing out? Don’t worry, you’ll find love.

Guys, don’t worry, I’m coming to fight for you soon. I’ll write about ladies too.