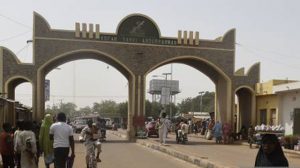 Ten persons, including an infant, abducted from Jibia mosque in Katsina state have regained freedom.

They escaped from their abductors on Friday afternoon in Zurumi, Zamfara State.

The Nation had reported 40 Muslims praying in a mosque at Abattoir Quarters on the outskirt of Jibia, Katsina State were kidnapped around 12.30am on Monday.

Security operatives comprising of Army, Police and allied forces however rescued 30 of them on Tuesday afternoon, leaving 10 victims in the bandits’ camp.

Spokesman of the Katsina State Police Command, Superintendent Gambo Isa, confirmed escape of the abductees to The Nation.

He said the victims were neither freed nor released but escaped, adding the last to escape is the woman with her baby.

A resident of Jibia town, Abdullahi Muhammed, told The Nation, the victims consist of seven males and three females, including an infant.

A family member of one of the escaped victims said they didn’t pay ransom for anyone.

The nursing mother told newsmen in Jibia they were helped by a woman married to one of the bandits.

She said: “The woman only told us to keep running after she untied us.”